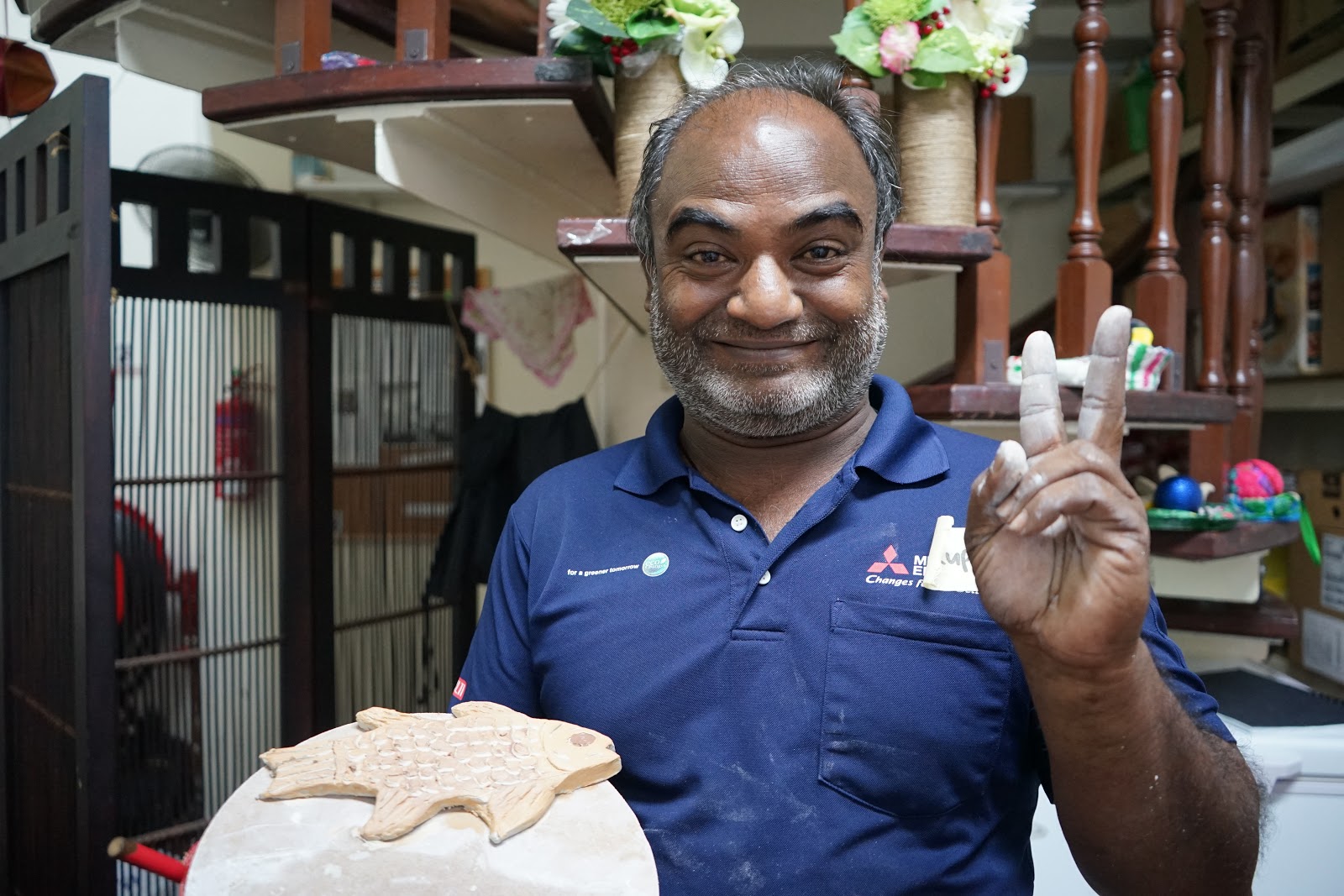 SR came to Singapore from Bangladesh in 2018, but was only able to work seven months before he got injured. Above the age of 40, he is older and more experienced than many of the other Bangladeshi workers and has a larger family back home depending on him.

SR attended school until he was 20 and then started working to help support his family. He started as a goldsmith and eventually transitioned to casting metal for construction work. In recent years, his family began to need more money than he could make in Bangladesh. He wanted to be able to pay for his son to get his engineering degree and to save for his daughters’ futures.

He is the sole male breadwinner in his household of six. He supports his eighteen year old son, two younger daughters, his wife, and his ninety year old father. Back in Bangladesh, his wife works in a garment factory, but the pay is very low and she has leg problems that make work difficult. Although his older daughter left school to work in a factory, she was prevented from working after a machine fell and crushed her hand. Several years ago, the family sold their house and land to pay for surgery for his wife to remove a tumor in her stomach. After hearing from friends that more money could be made in Singapore, SR made the decision to leave Bangladesh for the first time in his life and come here to work.

He took loans to pay more than SGD10,000 in agent fees and arrived in Singapore, February 2018. In August 2018, he was cutting grass on a slope, when he slipped and fell injuring his back and arm. Despite his injuries, SR tried to continue working, but drew attention from his boss because he was no longer able to work as quickly as before. He claims that his boss called him over and started kicking him until he fell on the ground senseless. The police were called and recommended that he go to a hospital, but he declined fearing that he was not able to pay for it.

He claims that his boss was unwilling to file the incident as WICA and pay his MC wages, and then hired men that threatened him and dragged him to the airport to forcefully send him home. Fortunately, he told his story to the immigration officers at the airport who referred him to MOM. He has been waiting for six months for his case to be resolved.

He came to HealthServe for MRT top ups and the food project after hearing about our organization through a friend. When we first met him, SR was very anxious, reserved and depressed, he rarely smiled and was not able to speak much English beyond a few words – ‘Okay’ and ‘Good’.

At HealthServe, he found friendship with many of the other migrant brothers, HealthServe volunteers and staff. The younger migrant brothers showed evident respect and care towards the older man. He worked hard to improve his English and saw significant improvement in his time with us. He enjoyed our outings and activity nights, and even volunteered as a group leader to help plan our Labour Day Singapore Zoo outing (though in the end he was not able to go due to last minute administrative issues with his case). He was also a regular at our monthly pottery classes. Although he felt the stress from his situation, he attended counselling sessions at HealthServe that helped him look for joy in his life and eventually brought out his outgoing and cheerful personality.

He continued to experience difficulty with his employer, particularly when they removed his name from his dorm roster and he was left homeless for three nights. HealthServe provided him temporary shelter and through working together with MOM resolved the issue of accommodation.

Despite the many tribulations he had to undergo, SR helped us feel more at home in our new Jalan Besar office by bringing out his guitar to sing Bengali songs. Our casework interns shared that he became an encouraging presence in the JB office and never failed to warmly welcome and befriend any newcomers.

During his time in HealthServe, he continued to worry about his family and debts back home, though his newfound faith in God helped to bring him peace. His case has since been resolved and he was able to receive his compensation money for his injuries. He has since returned home in hopes of being able to pay off his loans and open a small business in Bangladesh selling snacks and other foods.