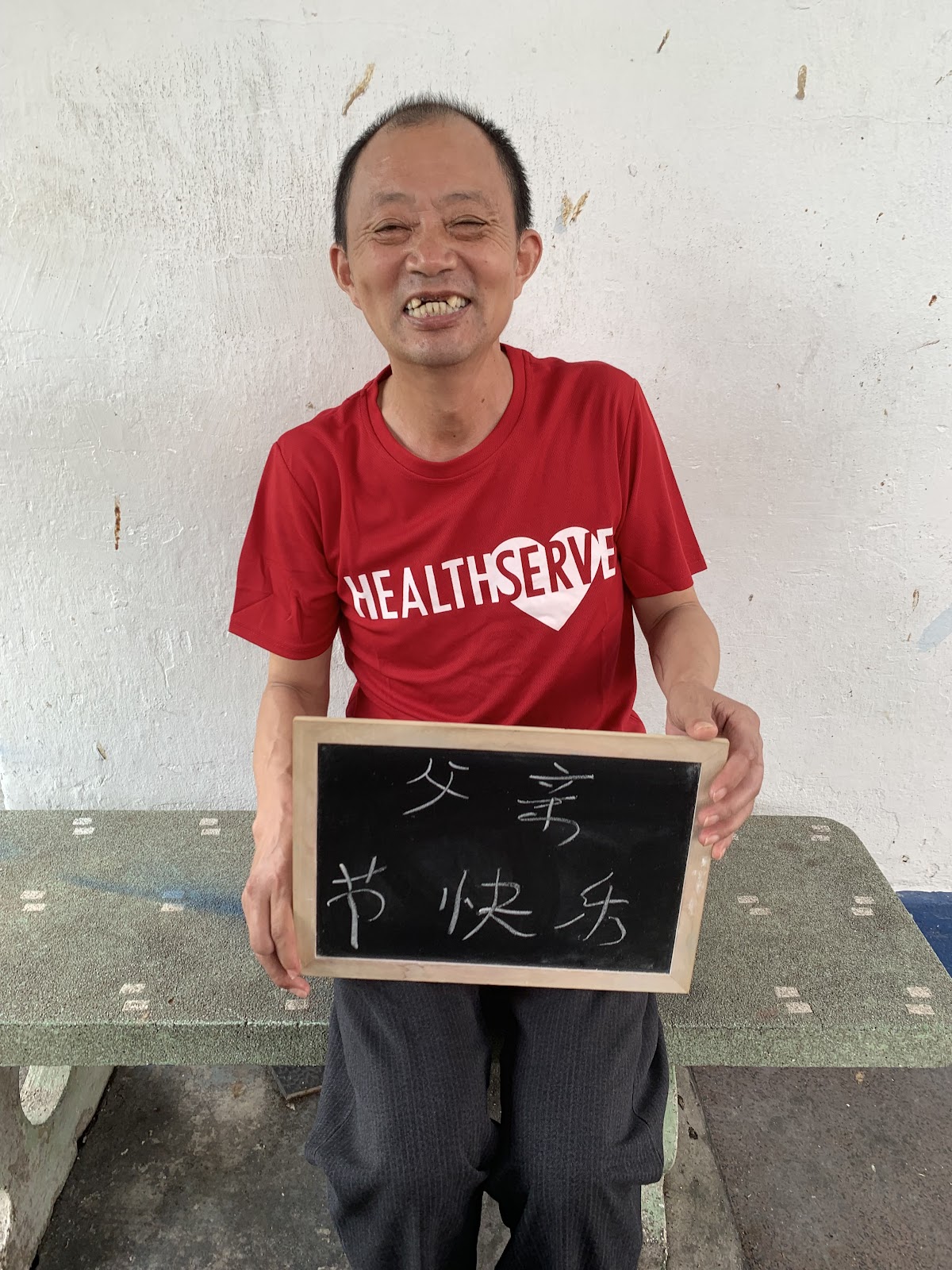 在康侍最开心的时刻就是康侍组织我们全部一起去郊外游玩。去植物园、动物园、去星耀机场、滨海湾花园。在郊外旅行的情况下我们能忘记一切的烦恼。这就是最大的收获。当你一个人沉静下来回想你的处境的话，可能是焦虑、悲伤。(My happiest memory in HealthServe is when they organised outings for us. When we go to places like Botanic Gardens, the Zoo, Jewel Airport, and Gardens by the Bay – outings like these help us forget our worries. Those are our biggest takeaways. When we’re alone and sullen, thinking about the situation we’re in often makes us worrisome, and miserable.)

KY first came to Singapore in 2000 as he was in search of better job opportunities and work environments that were available here. After leaving school when he was 16, KY started his apprenticeship in construction. Since then, KY registered for online courses, eventually taking up the role as a supervisor.

In February 2019, KY was at work when a large board dropped on his hands, causing him to suffer from serious hand injuries. KY mentioned that during that period, he had a new boss who did not arrange the job adequately, causing gaps in the safety procedure. KY lost one of his fingers, and required stitches for eight others. Unsure of what to do after his injury, KY came to know of HealthServe through his friend, and decided to seek help here. KY came into HealthServe as a rather shy and reserved individual, however he mentioned that HealthServe has impacted his life in many areas. His favourite memories at HealthServe was when there were organised outings for all the brothers. When they go to places like Botanic Gardens, the Zoo, Jewel Airport, and Gardens by the Bay – he finds that such outings like these help them forget their worries.

“Those [memories]  are our biggest takeaways. When we’re alone and sullen, thinking about the situation we’re in often makes us worrisome, and miserable.”

With the support and encouragement from the HealthServe community, KY now feels happier and is more bubbly than before.

He also is especially thankful to the founder of HealthServe, Dr Goh, for bringing his vision of providing affordable healthcare to migrant workers to fruition. He feels that many have benefited from the clinic and its services. He also wants to thank Jeffrey and Peterson in particular for handling his case as best as they can, and always updating him on the status of his WICA claim.

Although KY has since returned back home in December 2019, he continues to keep in contact with the staff and migrant brothers who are a part of our HealthServe community. KY was also able to receive some closure after claiming his compensation under WICA. We are happy that KY has reunited with his family back in his hometown, Jiangsu, and we wish him all the best for his future endeavours!