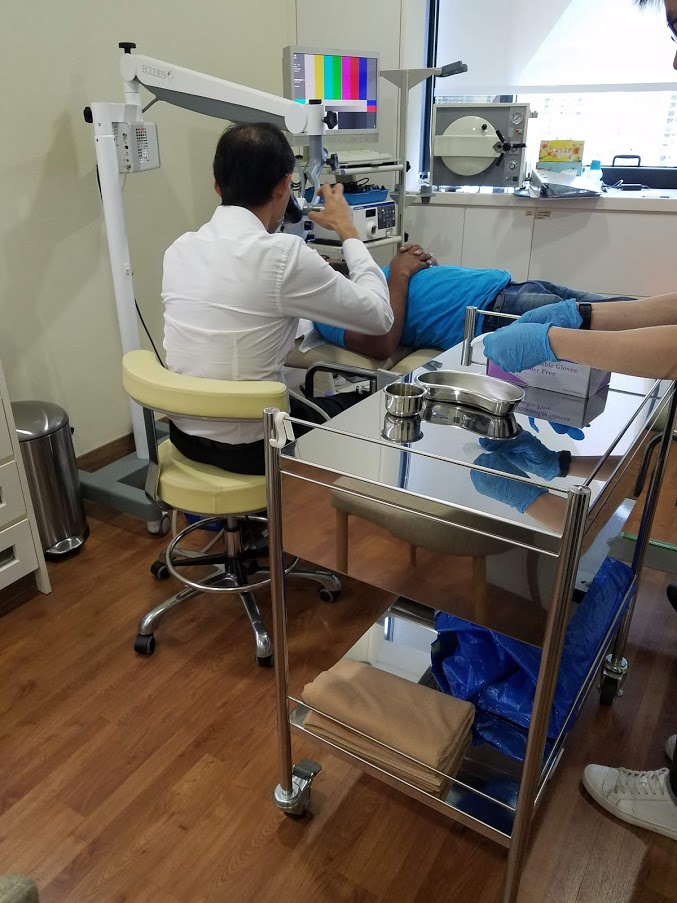 HealthServe holds five clinics per week that provide GP consultations and dentist appointments for migrant workers, but sometimes workers come in with health issues that require more specialized attention. In these cases, we rely on our pool of Designated Referral Partners — doctors who have generously agreed to provide pro bono or discounted consultations for HealthServe referrals. Today, we will be sharing the story of Manmun, a migrant worker who benefited from a specialist referral to an ENT doctor.

At nineteen years old, Manmun arrived in Singapore to work as a general construction worker. He had previously been helping his father on their family farm while completing his secondary education in Bangladesh, but after graduation he needed a steady income to support his young wife and newborn child. He has now been working in Singapore for six years and has spent some time working in metal construction as well as granite. He still calls home every day to speak to his parents, wife, and seven year old son.

This past May, Manmun came to our Mandai clinic with an ear infection. He explained that he has had hearing problems since he was an infant. As he grew older, it became more serious. A few years ago, he saw a doctor in Bangladesh who prescribed ear drops that temporarily alleviated the problem. For the last six months, however, Manmun’s problem has been increasing in severity. During cooler weather, watery drainage flows from both his ears and his hearing has been reduced further. Although it doesn’t affect him while he is working, it often interrupts his sleep. In order to address the problem more thoroughly, our clinic made him an appointment with Dr. Paul Mok, an ENT specialist at Farrer Park Hospital.

Since the specialist appointment was off-site, two of our clinic interns met Manmun at Farrer Park MRT station to help him navigate the hospital and communicate with the clinic staff. During the appointment, Dr. Mok cleaned Manmun’s ears and found small perforations in his eardrums that made him prone to infections. The doctor prescribed ear-drops and antibiotics and provided instructions for avoiding infections in the future.

Dr. Mok was introduced to HealthServe by his friend Dr. Goh, HealthServe’s Chairman and Co-founder. He started accepting referrals from Healthserve about a year ago and estimates that he has since seen approximately eight of our patients. Since work permit holders in Singapore often pay for their medical expenses out of pocket, a typical ENT consultation can cost up to $250 to $550. A migrant worker, like Manmun who speaks limited English and makes only $850 per month, will often wait until his problems become unbearable before facing the language and financial barriers to seeking medical help. We are thankful to Dr. Mok and the other doctors in our Designated Referral Pool who provide accessible and affordable healthcare to our migrant workers.